Skip to content
One day when I was in Israel and the war was going on, my friend Sarah told me of a friend she had had in the army. Her friend had said to her once,  “Why am I here? Why am I learning about guns and military operations? I should be learning art, romance, opera, love.”

I turned to Sarah and I said, “I came here because I told myself, ‘Why am I not here? I am wasting my time studying art, romance, opera and love. I should be studying politics, military operations, guns.”

I wanted to understand the world.

But does this mean understanding guns?

Can you really ever understand guns? 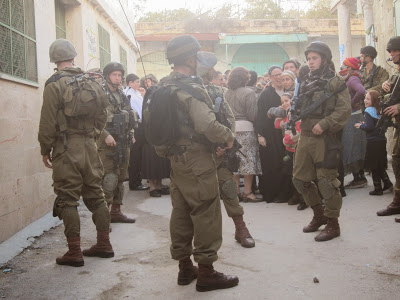 I fear I’ve been judging reality and approaching life in a horrifically naive fashion. Because truth be told, people are just overgrown children with guns. There’s no secret that justifies war, ever.

It’s symptomatic of studying the Holocaust. At a certain point, horrific details begin to become normal because you’ve become accustomed to the descriptions.

But these things are not normal. Not normal for a world that was created by God out of love. Not normal, ever.

Perhaps my existential crisis was brought on by, in addition to having spent the last six hours in the library, a poetry workshop I had the crazy pleasure of attending last week. The workshop, to my unraveling, encouraged word diarrhea, which is never welcome in military situations, nor in–let’s face it–some academic settings I’ve found myself in lately.

The funny thing is, we were specifically instructed not to talk about abstract concepts like war or poverty. Yet of course I did, because I’m slightly sadistic and moody. So, under a list of “Things I Know to Be True,” I wrote this:

4. War is never justified, but it is always justified until someone renames the war as something like “an operation” [which they did when I was in Israel] or “experiment” [like German medical experiments..]. That’s how you know that the person renaming the war is just as scared as the people running away from missiles. I know this because I ran away from missiles last year. They were small and wimpy, but no one appreciates blocks of metal raining from the sky. Maybe the only thing worse than hiding from a rocket in a cement underground is lying on your belly in a moving train with sirens blaring in the background tell you you may not live to see your sister step off the plain in Tel Aviv.

My handwriting had grown messier by this point and I admit my heart was pumping a little bit faster. This was when my instructors said “stop.”

This was why I thought I should understand politics, because maybe I could tell people that war is bad. But surely other people know that too?

They do, yes, they do. I’ll bet both arms the thousands of people afflicted every second by civil war know that it’s bad. It doesn’t take an education or a fancy suit to know right from wrong, but it does take a little bit of courage.

Maybe I’m being melodramatic and extremely selfish. Here I sit, safe at home in suburbia, tucked away from harm with a blanket of freshly fallen snow waiting for me outside. Yet I’m beginning to feel restless again.

“Not all those who wander are lost.”

Another Adventure: Exploring the world with compassion and curiosity.
Advertisement