At the two year mark… 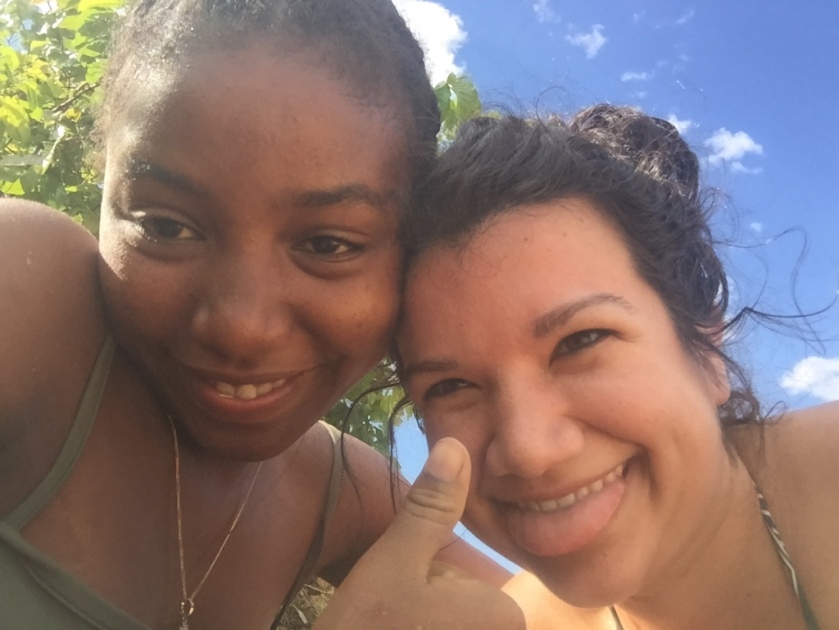 —well, I should say the weather gave it up for me. Three months out of the year–from December to March–we barely work at all. The rain breaks through in deluge after deluge, turning an otherwise fine days into a string of gray, wet messes. The other day, I couldn’t help but think, “if we just had lights at school and roofs that didn’t leak, we could just keep teaching.” For a while I had stopped myself from thinking that way, that “oh, if only…” rabbit hole, as a sort of defense mechanism that allowed me to keep going despite all the disappointment and seemingly insurmountable obstacles. But then I started to get cynical. I started thinking, “oh, what’s the point?”

I think that’s even more dangerous.

So the other day, after class got cut short because of rain, after I had missed two weeks of teaching from being sick, only to learn that I had to give an exam after having taught virtually no new material because of all the interruptions, I did something different. I decided to lean into the “oh, if only” thoughts. I wrote down a list of everything I wished my school here could be. And it turned out that my imaginary school was really great. My imaginary school had lights that work and roofs that kept us dry. It had fewer students in each classroom and enough space for every student to work out problems on the board. It had colorful posters all over the classrooms. It had rules and expectations but no fear, because it had a clearly defined goal: to help every student succeed, to pass, to continue his or her education, regardless of gender or status. It had teachers who get paid enough, it had administrators who gave a shit, and it had parents who were close by and could visit whenever they wanted. It’s a great place to learn.

What was the point of this exercise? Maybe I was just so frustrated and didn’t know what else to do other than sink into another endless cycle of complaining. But I felt so much better afterwards. And I still feel better, thinking about it. Because it’s obvious to me that my students and colleagues deserve this imaginary school. And maybe it’ll never happen in my village, but maybe one day it will. If I keep this in mind, maybe I can keep myself positive and motivated, even if everything I do falls on deaf, distracted ears.

Maybe all this does is change my attitude. But when you’re a teacher, your attitude matters a whole hell of a lot. It’s not easy to stay optimistic in the classroom, or in the Peace Corps, or in any situation if you get beaten up enough (metaphorically speaking). Personally, I’ve always straddled somewhere between a cynic and a realist. Optimism seemed like a waste of time to me. After the painful, disappointing reality of Year One, my plan was to just barrel through Year Two, show up, teach, survive, “get it done.” How very American. But what was I actually doing, if I was just going through the motions?

Here’s the thing: I know my place now.

Yes, it’s in the classroom with my students, making them feel awkward and giggly every time I ask them to pronounce a new word or introduce another verb. But it’s also by the river on my days off, washing clothes in the cool, clean water. It’s sitting under a mango tree, nestled above roots that have outlasted generations, listening to my neighbors, the parents and relatives of those same students, gossiping emphatically, making plans to visit a sick friend in the hospital clinic. It’s picking the rice clean of rocks with old ladies as we prepare the meal of mourning for a family of a newly departed friend, who like so many died too young and without warning. It’s dancing the kawitry, jiggling my backside and stomping my feet in a frenzied crowd of colorful party goers on Independence Day, feeling release, feeling joy, feeling pride. It’s saying “hi” to virtually everyone I see, and sometimes even getting a “Good morning, teacher,” from a sweet, smiling face.

Belonging is a scary thing, it turns out. I’m used to, even good at, being on my own. I’m American, after all. It’s what we do. I measure my self-worth based on my ability to “get things done,” to think for myself, to take care of, decide for, and direct myself. I’m used to being spontaneous and sure. I’m used to getting feedback and being pushed to work harder. And I’m used to harder work yielding a better result. It was at a funeral recently when I realized that my community expected none of that from me. I expected it from myself. I expected to be the ring leader, the project developer, the change maker. But they just wanted me to show up and dance.

2 thoughts on “Six Months Left (and how to avoid cynicism)” 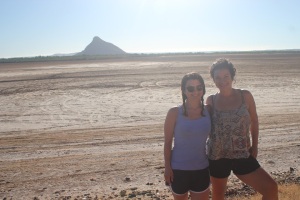